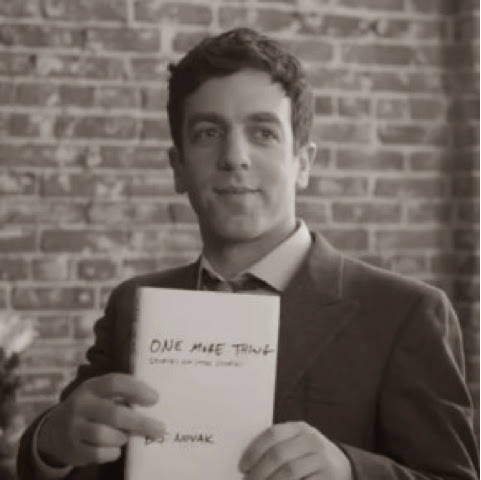 In my opinion, there are two types of perfect. The first is the type that seems so obvious and intuitive to you and everyone else that in a perfect world it would simply be considered standard; but, in reality, in our flawed world, what should be considered standard is actually so rare that it has to be elevated to the level of "perfect." This is the type of perfect that makes you and most other people think, "Why isn't everything like this? Why is it so hard to find . . . " a black V-neck cotton sweater, or a casual non-chain restaurant with comfortable booths, etc. -- "that is just exactly the way everyone knows something like this should be?" "Perfect," we all say with relief when we finally find something like this that is exactly as it should be. "Perfect. Why was this so hard to find?"
The other type of perfect is the type you never could have expected and then could never replicate.

"Confession in the presence of another believer is the most profound kind of humiliation. It hurts. It makes one feel small. It deals a terrible blow to one's pride. To stand there before another Christian as a sinner is an almost unbearable disgrace. But by confessing actual sins, the old self dies a painful, humiliating death..."

Is This Ad Relevant to You?

So I do most of my TV watching via Hulu and secret free internet sites (shhh).
I assume you've watched something on Hulu and understand how they show commercials, and that you understand that unfortunately you might see the same commercial 4 to 8 times during the viewing of one show.
Okay, now that we are all tracking together...
Recently I have seen the following Aflac commercial a stupid number of times.  And I believe it is making me dumber.  Have you seen it?

I don;t understand.  First off, I'm tired of the duck.  It's not funny or clever or interesting in any way anymore.  In fact I'm more inclined to not use the services of Aflac just because of these commercials.
But what I really don't get is why does the guy who is running lines with the duck assume that the bad writing of the lines he is rehearsing and the poor performance of  duck going to get him fired?  It doesn't make sense.  And if he hates his job as much as he seems to imply, which he should hate by the way, he's probably an unpaid intern who is running lines WITH A DUCK!, why doesn't he just quit.
It boggles my mind that there are people who graduate from college, get employed by big advertising agencies, paid to be clever and witty and creative all day long, and this is what they produce.  Please don't tell me that the sole reason someone might have legitimately given the green light for this is that it would get people like me talking about how stupid this commercial actual is because it also means they were talking about Aflac.
Posted by Unknown at 5:10 PM No comments: 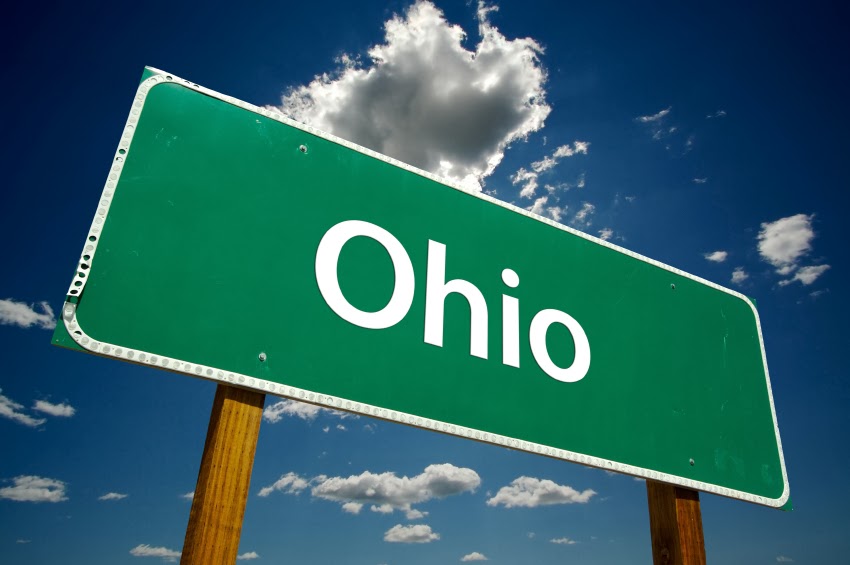 So the past 18 months were quite the adventure. A series of moments and days where my understanding of faith and trust were stretched and tried and deepened.  Events that I fully embraced and accepted, but that didn't make them any easier.  I've tried to keep some of those things under wraps because I don't want my attempts to share my heart to ever come across as whining or complaining.

All that to say this, through a series of events I have landed in Ohio.  I've been here for about three weeks now and it's snowed several times already.  It's cold and I don't own a single sweater or a real winter coat.  And only 2 miles from Lake Erie people keep talking about "lake effect" weather, but so far I'm not yet intimidated.

After years of working with new churches I have landed at a church that celebrated it's 170th anniversary this year. It's a completely different setting, operating in a fashion that is traditional, yet brand new to me.  But they are giving me plenty of room to be creative and inventive within the student ministry.  Typically I've built ministries from nothing, but this will be an opportunity to renovate and tweak an established program.  A completely different experience.

So there are some things about Ohio I'm really looking forward to checking out.

Okay. So I don't know much about Ohio.  Do you have any suggestions for me?
Posted by Unknown at 6:47 PM 1 comment:

I've spent the past couple of days digging a ditch.
My friend's home is having some issues and we are digging a ditch around the back side of the house, down the side of the house and then through the yard to the street.  Once the foundation has been coated with a sealant and a drain put in, things should be dramatically improved.
And my friend has a public service job so he wasn't able to be apart of the fun yesterday, so I got things started.  Today he inspected my work and we came to the conclusion that we still needed to dig down deeper.  I came to the conclusion with him, but only after spending a half hour trying to present a thousand options as to why the ditch was deep enough.
Several blisters later, we are still not quite finished.
I'm all for manual labor; there is something incredibly fulfilling about blistered hands and dirty clothes at the end of hard day's work.  However, as I was digging the ditch, I was trying to come up with the spiritual benefits or analogies that derive from this labor.
And I got nothing!
Not one thing.
I'm constantly looking God throughout my day; as a personal habit and as a byproduct of my career.
But I found nothing.
Ditch digging just sucks.

I did sweat a ton though.  Two days of excuses for skipping the gym.
Posted by Unknown at 7:26 PM No comments:

I used to really enjoy blogging.
Creating my own posts.
Reading friends and interesting people's blogs.
Commenting on post that I found interesting and useful.
But I just stopped.  And I was trying to think why.
Here's a quick list of reason why I think I quit blogging.


But I wanted to say something.
Generally I'm of the persuasion that most people speak before they've thought. Or people speak with authority but have none.  Or people speak to just hear their own voice.  I don't want to be one of those people.
I really enjoy sitting around with friends sharing stories and ideas and thoughts and images of and from life.  But how do you communicate that kind of atmosphere and community?  Especially when your family and close friends don't have a blog of their own or ever read your post.

So I think I'm going to re-launch this thing, new name, new background color (crazy stuff).
But I think there is a part of me that just needs a place to publish the hundreds of thoughts and list I create in my head throughout the day or week.

If I was ever somehow elected to a federal government position, say senator, congressman, or President, I think I would like to introduce a bill to mint a new bill or coin into our economy.  And while I'm at it I would include in this bill a proposal to ditch pennies, nickels and dines.  I'm okay with quarters, but I just hate having to deal with those other coins (half-dollar and silver and golden dollars are cool, but so rare they don't warrant further discussion here).

But the question of importance in this post is which President would I want to emblazon on said bill or coin?

Or course, I suppose, it doesn't have to be an American President.  The Silver Dollar has Susan B. Anthony on it, and the Golden Dollar coin has Sacagawea.  I also remind you that it's Alexander Hamilton (non-President) on our $10 bill.  And as is widely known, Salmon P. Chase, the 25th U.S. Treasury Secretary, adorns our $10,000 bill.

I'm not particularly open to having a non-President, but I would think there should be standard of rules to narrow the choice down:


With those criteria I suppose I could select someone like: Benjamin Franklin, Walt Whitman, Martin Luther King Jr., or Elvis Presley.

So which President should I choose?  Which would you choose?

I'm going to limit my Presidential pick to the twentieth century.  Here's my reasoning. JFK has already been given the half dollar.  If we couldn't think of any previous President to honor with the 50 cent piece before JFK surely we should just forget about them in terms of coinage.  But I also understand that the JFK coin, first minted in 1964, was somewhat of a coin minting knee jerk reaction to the November 1963 assassination.  That being the case I'll keep my options open to the 20th century.  I'm also leaving the last two Presidents (Bush and Obama) off of my list of candidates.  They're too recent.

So here is the list of 20th Century Presidents:

Now, let's subtract those who only served one term in office (or in the case of McKinley, Harding or Kennedy only part of a term).

This leaves us ten options.

I can now continue to narrow my choice down by eliminating...


This leaves me with Teddy Roosevelt.  And if possible I'd like this photo to be on my bill or coin.

One last thing I should mention in this incredibly pointless post.  I would want my coin or bill to be worth $6.47.  Seriously, why do I care?  I use a debit card or the internet to pay for everything.
Posted by Unknown at 1:21 AM No comments: